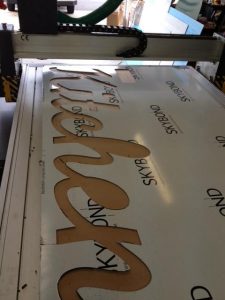 The Most Popular Business, Shop Signs, and Letter Types

Image Sign Studio design and manufacturer the highest quality shop signs here in their Sheffield workshop. They manufacture a huge range of type of shop signs & business signs to suit every business from high-street shops to warehouses – in fact They’re still to find a job they can’t do! However, it’s always useful to have a list of our their popular shop sign types – you never know when you’ll be in the market

Get in touch with image Sign Studio today through their contact page or call them directly on 0114 261 7617 for more information on their range of shop signs, business signage and manufacturing workshop

Castle market has now been replaced with the new Moor Market, which cost a huge £18 million to build, but the old market is still being knocked down and is due to be completed by November.

Castle Market in the city centre of Sheffield is currently in the process of being demolished, with the most complex part of the demolition set to start in the next few days. The old Sheffield shop sign that read ‘The Markets’ has recently been removed, and the building contractor Kier are now set to deconstruct the tower block from the top down.

A spokesman from Sheffield Council said: “Demolition works remain on programme to be completed in November 2015. Things are going well with no major issues so far and the site remains safe and secure.” The spokesman also added that the council have made sure that the accessible parts of the castle ruins are well protected and regularly monitored during the demolition works to ensure they are not damaged. “The progress of the physical demolition works on site is fairly obvious now given that you can see right through from one side to the other from both Waingate and Exchange Street.”

Castle Market took its name from Sheffield Castle, as the market was built on its remains. The market closed in 2013 when the Moor Market opened on the Moor, at the other end of the city centre. The market opened in 1965, and was a well-loved place by many, meaning that a huge number of people were really disappointed when plans to demolish the site were announced.

Reduced Footfall in The Moor Market

But the new Moor Market hasn’t gone down quite as well as Sheffield City Council had hoped unfortunately. According to recent figures, half a million fewer people visited the Moor Market in its first year compared to the last year that Castle Market was open. The Council are now reducing the market traders’ rent by half until March 2017 due to the poor trading conditions.

The council, however, are more optimistic about the future of the Moor Market and are offering 4 weeks of free rent to new traders. There are also plenty of events scheduled at the market this summer including puppet shows, table tennis, reading sessions and mini golf.

As makers of shop signs Sheffield, it’s really sad to see this iconic sign being removed. It’s unfortunate that the Moor Market hasn’t really lived up to many people’s ideas of what the council promised, but as the area develops, we really hope footfall increases for the new site.